“ We have prepared the balance sheet to support our development pipeline and selective acquisitions.” 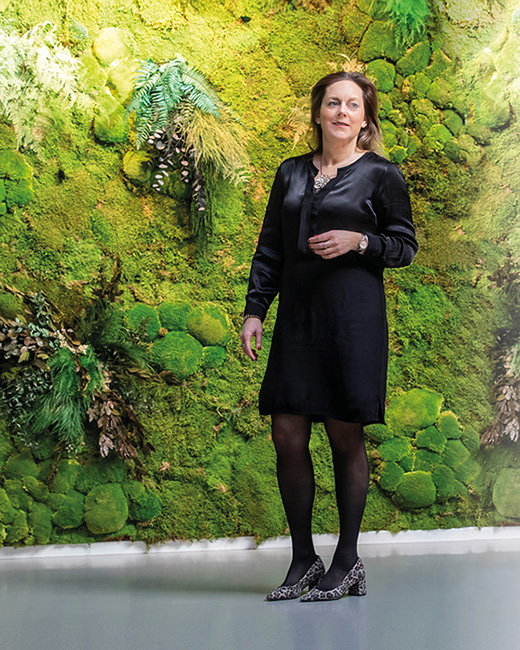 “ We have prepared the balance sheet to
support our development pipeline and
selective acquisitions.”

Balance sheet
At 31 December 2019 two office assets and one retail asset with a combined value of € 16 million are classified as held for sale. 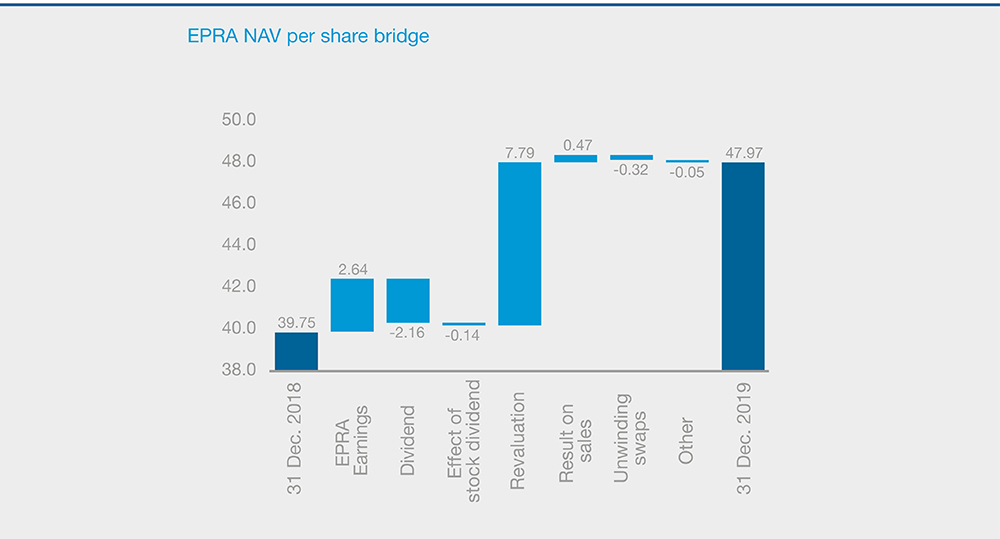 The gap between EPRA NAV and EPRA NNNAV of € 0.57 per share reflects the negative fair value of derivatives and the market value of the debt.

Funding
NSI refinanced most of its debt in 2018. The current treasury objectives are 1) to maintain sufficient flexibility and capacity in the debt structure to fund and de-risk both the development pipeline and potential acquisitions, 2) to take advantage of the current relatively flat interest curve by pushing out maturities and diversifying the maturity profile, and 3) to increase funding sources and diversify the investor base.

In August NSI issued € 40 million of 12-year unsecured notes to affiliates of Athene Asset Management, a subsidiary of Apollo Global Management. The notes are euro denominated and have a fixed coupon of 1.70%.

In December NSI repaid € 100 million of the Term Loan in order to diversify its funding sources and maturity profile, in line with treasury objectives. 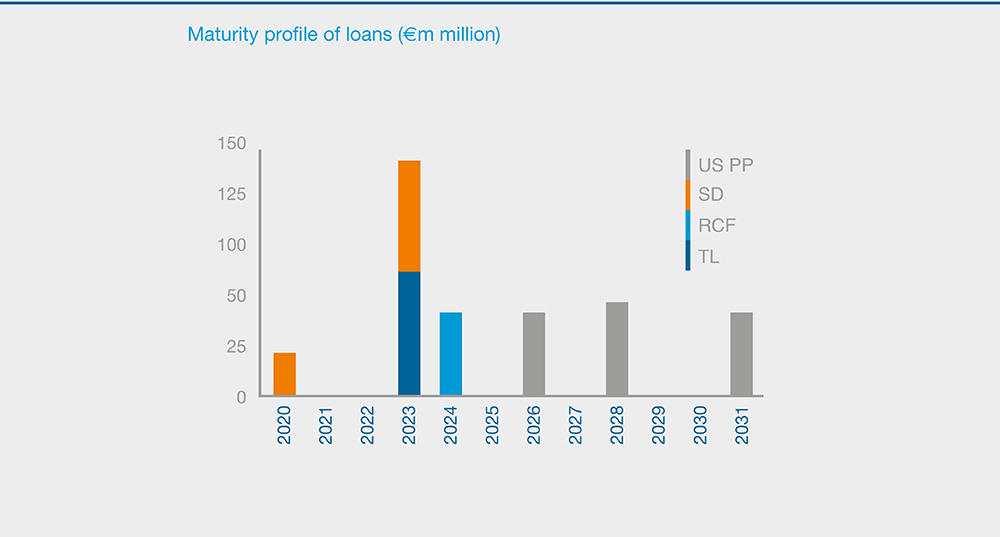 At 31 December 2019 the average loan maturity is 5.4 years (31 December 2018: 5.0 years). Of debt drawn 73% is unsecured (85% of available debt) and the cost of debt is 2.1%. The focus in 2020 will be to further extend maturities and further increase the funding diversification to reduce the reliance on bank financing and lower the risk of large maturities during the period of major development activity.

Net debt is down by € 95.4 million in 2019. This is primarily driven by net disposals and retained earnings over the period. Taking into account debt to credit institutions our remaining committed undrawn credit facilities are circa € 250 million.

NSI is using swaps to hedge its interest rate risk on variable rate loans. The funds received from the issue of fixed rate notes, in combination with net disposal proceeds, were used to lower the RCF and Term loan, both of which have a variable rate. As a result the volume hedge ratio increased above NSI’s internal limit of 100% in the 3rd quarter of 2019. To bring the volume hedge ratio below 100%, in September, € 127.5 million of swaps were broken at a cost of € 6.0 million. The maturity of derivatives and fixed rate debt is 5.2 years at 31 December 2019 and the maturity hedge is 98% (target range: 70-120%). The notional amount of swaps outstanding and fixed rate debt is € 343 million. The volume hedge at the end of the year is 100% (target range: 70-100%).